Dispensary Near Me in Colorado, United States 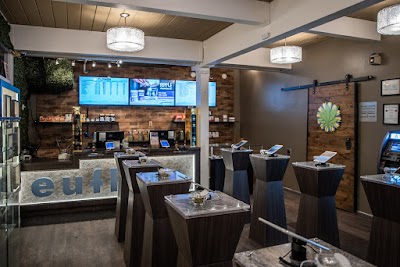 Colorado ( (listen), other variants) is a state in the Mountain West subregion of the Western United States. It encompasses most of the Southern Rocky Mountains as well as the northeastern portion of the Colorado Plateau and the western edge of the Great Plains. Colorado is the eighth most extensive and 21st most populous U.S. state. The 2020 United States Census enumerated the population of Colorado at 5,773,714, an increase of 14.80% since the 2010 United States Census. The region has been inhabited by Native Americans for more than 13,000 years, with the Lindenmeier Site containing artifacts dating from approximately 9200 BCE to 1000 BCE; the eastern edge of the Rocky Mountains was a major migration route for early peoples who spread throughout the Americas. The word "Colorado" comes from the Spanish word for "colored red." The Territory of Colorado was organized on February 28, 1861, and on August 1, 1876, U.S. President Ulysses S. Grant signed Proclamation 230 admitting Colorado to ... Read More