Dispensary Near Me in Pennsylvania, United States 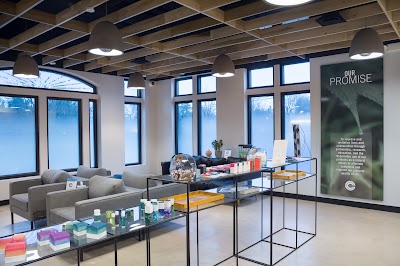 Pennsylvania ( (listen) PEN-səl-VAY-nee-ə; Pennsylvania German: Pennsilfaani), officially the Commonwealth of Pennsylvania, is a U.S. state spanning the Mid-Atlantic, Northeastern, and Appalachian regions of the United States. It borders Delaware to the southeast, Maryland to the south, West Virginia to the southwest, Ohio to the west, Lake Erie and the Canadian province of Ontario to the northwest, New York to the north, and New Jersey to the east. Of the 50 U.S. states, Pennsylvania is the fifth-most populous with over 13 million residents as of 2020. It is the 33rd-largest by area and it ranks ninth in population density. Nearly half the population is concentrated in the southeastern Delaware Valley, centered around the state's largest city, Philadelphia (6.25 million); another one-third live in Greater Pittsburgh (2.37 million) in the southwest. The state capital and 15th-largest city is Harrisburg; other major Pennsylvania cities include Allentown, Reading, Erie, and Scranton. Pennsylvania's ... Read More