Dispensary Near Me in Puerto Rico, United States 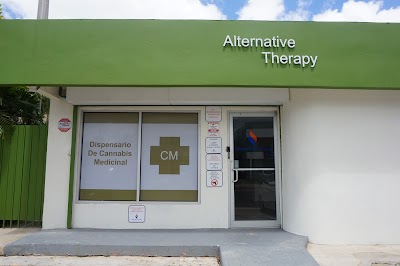 Puerto Rico (Spanish for 'Rich Port'; abbreviated PR; Taino: Boriken, Borinquen), officially the Commonwealth of Puerto Rico (Spanish: Estado Libre Asociado de Puerto Rico, lit. 'Free Associated State of Puerto Rico') is a Caribbean island and unincorporated territory of the United States. It is located in the northeast Caribbean Sea, approximately 1,000 miles (1,600 km) southeast of Miami, Florida. The Commonwealth is an archipelago among the Greater Antilles located between the Dominican Republic and the U.S. Virgin Islands; it includes the eponymous main island and several smaller islands, such as Mona, Culebra, and Vieques. It has roughly 3.2 million residents, and its capital and most populous city is San Juan. Spanish and English are the official languages of the executive branch of government, though Spanish predominates.Originally populated by the indigenous Taíno people, Puerto Rico was colonized by Spain following the arrival of Christopher Columbus in 1493. It was contested ... Read More